Save the Date! SOTD Nov. 7th

Friends of the Rail Bridge
Downtowners staff attended Tuesday’s City Commission meeting for an update on the fate of the BNSF Rail Bridge between Bismarck-Mandan.  The preferred option for BNSF would be to use the existing bridge location for a new rail bridge and demolish the existing bridge.  However, there are other options particularly those being explored by a group call FORB or Friends of the Rail Bridge.  The group led by Mark Zimmerman, former State Parks Director and current Bismarck Park Board member, speaking as a citizen of the group, would like to explore the option of the historic bridge remaining as a pedestrian pathway.  BNSF would then have to move the current placement of a new rail bridge approximately 80 feet north of the existing bridge.  While groups are still deep in discussions and meetings, FORB wants to explore all options thoroughly.  Meetings are ongoing and we encourage all to check out FORB for more info and how to be involved.  The fate of the bridge has some bearing on the Downtown Sub-Are Plan as connections from Downtown to the Missouri River (and beyond) were mentioned as a key connection.

Registration for the Dakota Horror Film Dash is now open! Teams can have up to six members. Sign up by midnight October 17 to participate!The film dash kicks off on October 18, 2018 at 7 pm. We will assign you a line of dialogue, a character, and a prop to be included in your film. Following the kickoff you’ll have 9 days to write, cast shoot, and edit your film. Films must be submitted by midnight on October 26th, 2018. Come to the screening on October 27th, 2018 to see everyone’s work and celebrate the winners. The Dakota Dash Films will be shown from 7:30 – 10:00 pm at Dakota Stage. $20 Registration Fee must be turned in during or before this event. 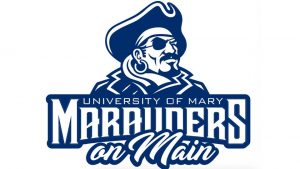 Join UMary alumni and friends plus Jerome Distributing Inc. for a pub crawl through five downtown bars, after the UMary Homecoming football game!  First 300 people get a free shirt, and everyone gets a free mug! Complete the crawl for a chance to win some great prizes (including a brand new kayak!) Drink specials at each stop along with food available at Edwinton Brewing and The Starving Rooster. Registration starts at 4:30pm in the Depot parking lot, and prize drawings at 9 p.m. at Borrowed Bucks (must be present to win). 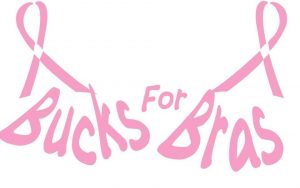