Patrons who enjoyed the summer of 2013 dining and socializing on Downtown Bismarck’s sidewalks will have another great summer to look forward to. The City of Bismarck finalized their Sidewalk Seating Guidelines at their March 11 meeting, after a pilot year in 2013.  Officials reached out to the groups using the sidewalk and the Downtowners for feedback on formalized guidelines.  Applications can be made to the city requesting sidewalk seating for 2014 and beyond.

A HUGE Thank you to Dakota Community Bank & Trust for assisting the Downtowners with removal of the Winter Banners & Lights for another season. 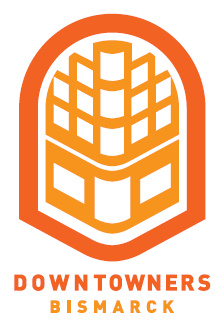 Member Reza’s Pitch will be celebrating their 4 Year Anniversary the month of March.  Reza’s, along with Member Jerome Distributing and Red Lodge Brewing Co. are donating the profits from sales of all Red Lodge beers to Member Bismarck Cancer Center Foundation.  Congratulate Reza on 4 Years Downtown!

Member Action Jackson Comics is holding a Comic Book Character Art Contest.  Be sure to  vote for your favorite submission by this Friday March 15.  Click here to start voting: https://www.facebook.com/ActionJacksonComics

Stay tuned to our website and social media for all the latest Downtown Bismarck news!